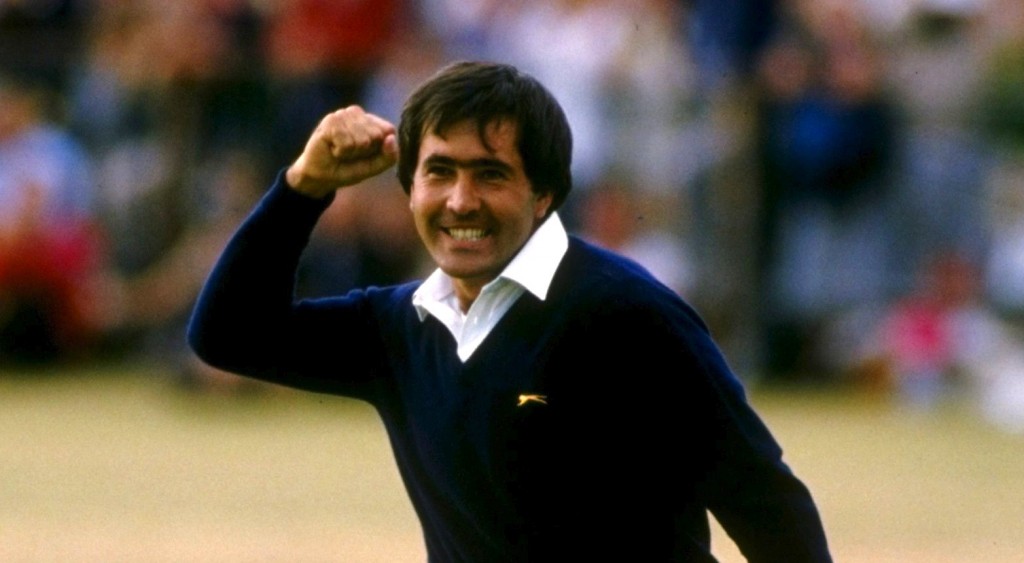 Before turning professional the talented Scottish golfer Sandy Lyle was advised by his father that if he was to make it as a pro golfer he should be keen to avoid the three Bs. Birds , Booze and Boredom. Very wise words that Sandy would appear to have followed winning two major championships and an induction to the World Golf Hall of fame. Sandy has probably not been given the credit he deserves for his talent and success as a golfer. He certainly wasn’t a big hit with the media and a lot of people just couldn’t warm to him but his record speaks for itself and Sevy didn’t give out glowing compliments if it wasn’t the case.

So the birds, booze and boredom. Avoiding these is going to be very hard growing up in Ireland as an up and coming golfer. Being a keen student of  long term athlete development and of having first hand experience with the three Bs growing up myself i think its important that elite golfers are pointed on the right track when it comes to the three Bs. I would actually like to add a fourth B and that is Bookies. With a gambling mad nation like Ireland it has been a curse on many a sportspersons career. But more on that later.

Birds. Well this can be a tricky one. Look at the spiralling downfall the great Tiger Woods had. To play your best you certainly have to be in a great place mentally. Being in a happy settled relationship is certainly the ideal place to be in if you are going to play your best golf. There are several reasons for this. First of all if you are in a happy relationship there is less chance of you looking to go out boozing and to find a lady! But more on the booze later! Second of all if you are in a happy relationship you are going to be in a better mood. Better mood allows you to be in a better place to play golf. If you are in a bad place its almost impossible to play great golf. Third of all it can give you fresh motivation to do well. We are always trying to impress the girls so nothing better than showing off your golfing talents with a big win. All great champions have the slightest bit of arrogance about them. They know how good they are. They wouldn’t be champions if they weren’t. Sir Alex Ferguson always wants his players settled down nice and early so there is less temptation to go out. He is rarely wrong. Jack Nicklaus also feels golfers become better when they settle down and have a family. So being in a loving settled relationship is an ideal state to play your best golf.

On the other hand being in a bad relationship is probably the worst state. Lets be honest. Everyone of us probably has somebody in their life that is not a positive influence on them. It may be a partner, friend, cousin. Harsh as it may seem, you need to get them out of your life. Its going to be tough as you could be pretty comfortable with them even though they are holding you back but you need to make tough decisions if you want to be successful. The studies have proven that we become the average of the 5 people we most hang around with. So if one of them are a negative draining influence on you then its time to say goodbye. Having a girlfriend in your life is somebody that is meant to make life easier not more difficult.

Booze. Most of us like a drink now and then. That is not a problem. Its when the boozing becomes binge drinking that it leads to problems. A lot of us have played golf with a bursting hangover and we know how that feels. Physically and mentally it leaves us in a distressed state! We are dehydrated, disorientated , tired and emotional! I have played a few rounds of golf hungover and never broke par. But then there is exceptions to the rules. There have been legendary stories of golfers gone by drinking pints in the bar on good friday in rosses point before going out to shoot 68 in the west. Them days are long gone i feel. Its perfectly ok to enjoy a drink now and then but its best to leave it a few days before a big tournament. A heavy drinking session can leave performance damaging effects for days. I have seen many golfers over the years ruin promising careers because they were too busy knocking back pints. The real top amateurs and professionals enjoy a drink now and then but its days before a tournament or after the tournament. Educating our promising young golfers on the negative effects alcohol provides is a positive step as these kids will do everything to improve their golf and if they see the damage ten pints is doing to their golf game they wont be long leaving them to one side.

Boredom. Im not gonna talk too much about this one. Avoiding boredom in your practice has been well preached at this stage and there is lots of material out there on the subject. Keeping your practice fresh and  interesting is the only way to improve and thats been proven. Avoiding boredom at tournaments can be a tricky hurdle too. I have found it tough at times over the years to pass the time in between rounds whether they are practice or competitive. Getting a hotel with a gym can help. A couple of hours in the gym is a great way to pass the time. Having a partner or caddy with you is always a positive too. Certainly makes the tournaments less boring.

Bookies. This is a growing problem ive noticed over the last few years. I love the national hunt racing season and always have a few bets at Cheltenham. But that is the height of it. Some athletes/ golfers are punting big time on a lot of sporting occasions. I can remember one guy i played with a few years ago who had 500 on a horse and he was sweating on the golf course waiting for the result. How can that be good for your game? Distractions like that are never good on the golf course. No surprise he shot low 80s which was very unusual for him as he was a fine player. Gambling can ruin lives and its certainly a bigger problem these days with the expansion of online gambling and smartphones. I would always advise young players to avoid gambling at all costs as you dont see any poor bookmakers. Negative distractions are to be avoided if you want to bring your A game to a tournament.

So thats it. The four Bs from my experience of championship golf of the last 15 years. For any golf coach or parent out there they really have to be mindful of them. The last thing you want to do when you are 50 is to look back and regret throwing a promising golf career away because of a woman. Or too many binge filled weekends.Or boring and unproductive practice and work ethic. Or paddy power. The difference between ordinary and extra ordinary is just that little extra. Careful management of the 4 Bs could be that little bit extra that turns your promising golfer in to a champion.