Matchplay, Time for it to take a back seat.

Before you go on the attack, i love matchplay golf. I have a better matchplay record than strokeplay in Irish Amateur Golf and i would probably have a better chance of winning more championships if they were all matchplay format rather than strokeplay. I won 7 matches to win the South of Ireland in 2009 as well as further appearances in the semis and quarters. I have a pretty good win percentage in matchplay from interprovincials to senior cup. I won five matches to get to the final of the West of Ireland only this year. So before you think I’m writing this due to a dislike for matchplay golf its not the case.

So what is my agenda i hear you ask. Yes i do have one. I have quite a few. I will get my own request out of the way first. In fact its not just my request. I’m speaking for the majority of working amateurs in this country. We would like to be able to play in as many golf tournaments as possible without having to take time off work. Pretty fair request i think. Anyway enough about me and the working amateur golfer for the time being. Lets talk about the up and coming elite players.

Like a lot of you out there i would love to see a lot of these great young talents make it to the European Tour and have a successful professional career. We have all rejoiced at the amazing achievements of Rory, Shane, Graeme, Paul, Darren and Padraig. They are an inspiration and fill us with a great sense of national pride. So what can be done to give the next batch of budding superstars the best possible chance of making it in the professional ranks?  In the last few years we have had several of our leading amateurs turn professional yet so far none of them are quite setting the world alight. I have every faith in Kevin Phelan and Alan Dunbar doing the business over the next few years as they are world class players. But is there something that we can do that could help the next batch of leading amateur players? I believe there is. Plus the great thing is, i also feel it can help myself and the working amateur golfers of the country yet also boost the game of golf at grassroots level.

Currently in Ireland 4 of our 6 championships are matchplay events. To put this into reality the English Golf Union has one matchplay tournament The English Amateur Close (where you have to be English).The Scottish Golf Union has one matchplay tournament. The Scottish Amateur Close (yes you have to be a Scot). Of course the biggest one of them all The Amateur Championship is a matchplay event attracting players from all over the world. Without question the preferred format of top amateur golf in the UK and in fact all over Europe is predominately strokeplay championships.

In my opinion changing at least 2 of these matchplay championships  into strokeplay  is  a winner for several parties. Turn them into a 3 day event (36 holes final day) instead of the current standard matchplay event of  5 days.

1. The host club gets 2 more days to earn much needed green fees.

2. The working amateur does not have to take as many days off.

3. The young up and coming elite amateur golfer gets more strokeplay experience (almost all tour events are strokeplay) and also crucially they get to take more rest days in an already cramped playing schedule.

4. More time off for Golfing Union of Ireland officials and volunteers while saving Union expenses at the same time. 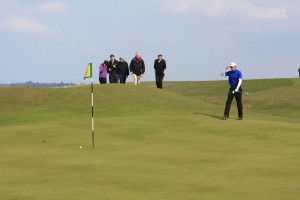 Are there any negatives i hear you ask? Well I’m sure the biggest argument against my idea would be tradition. Several decades of matchplay tournament tradition. Well Im sorry guys. Things change. Amateur golf has completely changed in the 18 years that i have being competing.  Its not amateur golf  in the traditional sense anymore. Its being dominated by professional amateurs. If thats not a change to tradition then i don’t know what is.

I still remember my first two golfing heroes. The first one was a working amateur in his early thirties. Mr Stephen Mc Kenna was the best player in the club when i was starting around 14 years of age. Ill never forget the first shot i seen him play on the first in Balbriggan when he spun a mid iron off the first green. ” Wow” i thought. How did he do that! He was a 2-3 handicapper but we all thought he was God back then. Kids look up to people like that. I have always tried to remember that when i see the juniors in my club and try to help them in any way i can.  The second one Mr Ian Griffin was a fellow Balbriggan junior member and also happened to be my best mate. He was ten times the player i was growing up.  We travelled to all the boys and youths tournaments together and he drove it a country mile with a Seve Ballesteros like short game. “Griff”  played for Leinster at boys and youths level as well as being beaten finalist to G-Mac in the Ulster boys(with yours truly on the bag). He was a different hero to me than Stephen for the simple fact i was busting my backside to try and be as good as him. Both of these guys were a huge part in my development as a player. Without them both in my early golfing years, there is no question i would not have done what I have done so far.

The reason i told you about my first golfing heroes is quite simple. At grassroots level the youngsters of today look up to both the working amateur and the elite amateur. They both serve a purpose and inspire kids to improve their golf. One of my favourite photos of the year was of Dave O Donovan celebrating the winning putt for Muskerry Golf Club in the Barton Shield in September. I was in Cork last week and my friend Stephen Hayes the head professional in Douglas was telling me Davey and his teammates are like players of Manchester United down in the club right now! I love to hear things like that because it means that children are being inspired. It would not be of surprise to hear of some future champions coming out of muskerry in the next 4-5 years. 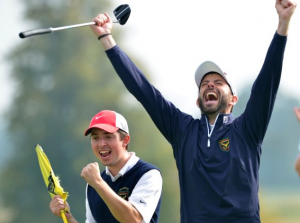 Pat Finn and his staff at the Golfing Union of Ireland are doing a fantastic job. They are constantly trying to improve the structure of the amateur game and have been extremely progressive over the last few years. The elite players are being sent to tournaments all around the world and are having success. I was lucky enough to be sent to South Africa last year along with seven others and it was no surprise that 4 of the panel occupied the last four spots in the West of Ireland a few weeks later. So they have to be applauded for the work so far but their job is not complete. They have been consistently getting feedback from the players trying to figure out the right formula.  Sadly there have been a couple of body blows to the working amateur the last two seasons with the Irish Amateur moving to four days from three and just recently the South of Ireland has been moved back to a Wednesday start from Saturday. It all means more days off work for the working amateur. The South has been moved to attract a better field. Im not sure it will attract the field they are hoping to with these changes. But a 72 hole Strokeplay event on friday , Saturday, Sunday would certainly have. 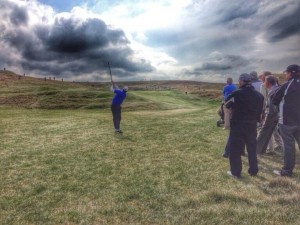 Working in the area of Strength and Conditioning and Sports Performance i love to see Irish Golfers do well and achieve great things across the world. In my opinion the best way of boosting this going forward is to look after both the working amateur and the elite professional amateur. Changing matchplay tournaments to Strokeplay would be a great start. Every top amateur golfer, working or elite,  has a role to play in the future development of golf in this country Every youngster needs someone to look up to. Age or work should not come in the way.